We've talked a lot about the magic of film in past blogs, the special effects, the grand illusions created on screen, watching actors breathing life into a scene – all these are part of the magic of the film-making process. But for us the most magical aspect of all is the way a film takes on a life of its own, changing and evolving into something greater and even more complete before your eyes.

Of course it all starts with the script, which first goes through several drafts before arriving at a “shooting script”. But despite all these re-writes, for us, the shooting script is more a guide, charting the movie’s various dramatic arcs and character dialogue with ideas for camera angles and sound design for each of the scenes.

More ideas will almost certainly be implemented, when working with the cast, because  directing actors is not just a matter of telling them what we want them to do and say, but rather a collaboration, a meeting of artistic and emotional interpretations.

As directors our most important job is to foster such an environment on set that actors feel the same sense of creative freedom that we grant ourselves when writing a script, story-boarding and editing – creative freedom is essential.

Actors will also, of course, do research as part of the preparation for their roles, which means they could very well come across information we missed during our own research. In fact this has been the case on several occasions during the filming of All That Remains.

On one such occasion a brand new scene was added after actress Kaya Yuzuki told us about an incident involving her character that she read in a book only available in Japanese. The scene has become a very important part of our hero's character arc.

Still more ideas will come when editing the footage together, sometimes these ideas will result in new scenes being written or existing scenes being re-written as we’re filming other scenes.

Other ideas will come when working on the sound design of the movie that may affect the visual edit.
Finally, changes and new ideas may be implemented after the film has played to a “test audience”.

It really is an organic living thing that is in a constant state of change and improvement.

Not all ideas you come across (or think up) will work, and that is another important part of our jobs as directors, deciding which ideas are worth running with and which aren't  But then, a great amount of the fun comes from experimenting with ideas, even if they don’t always work. 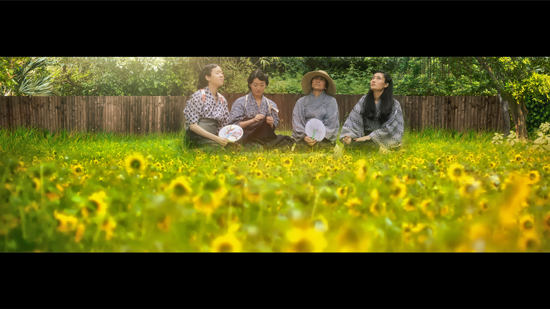 The scene above was going to be originally set on veranda of a house, but the day before we shot the scene, we had the idea of having the characters sit outside in a garden or a park surrounded by sunflowers, so the scene would take on a deeper symbolic significance (we’re very big on symbolism) – it’s the morning that the A-bomb will be dropped and these women are sitting in a “field of a thousand suns” a visual reference to common description of the A-bomb flash being brighter than a thousand suns. 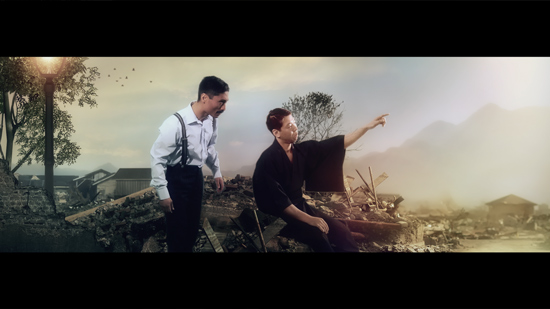 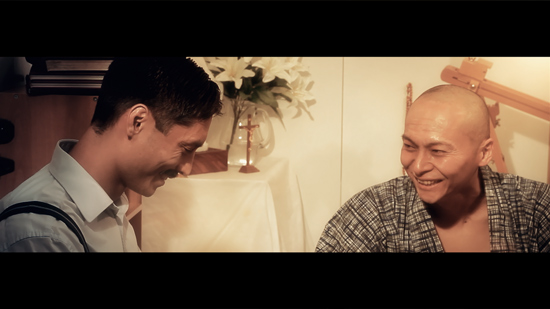 This is another scene that was written well into the filming process – one of the benefits of stretching the filming out over a period of months (due to budget) is that we get to edit the footage as we are filming.

This means we get to see if a sequence is working right or if it needs something else, like an extra scene, and because we’re still filming, we get the chance to schedule that extra scene into one of the upcoming shoots. 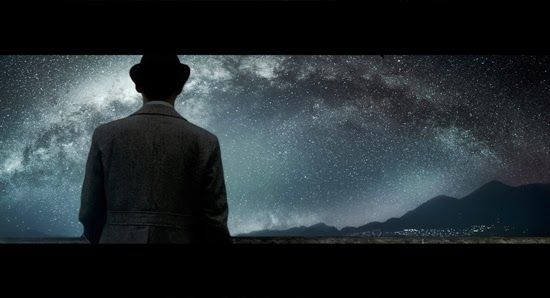 Our hero contemplates the grand design of the universe. Another scene that was not originally in the shooting script.

Posted by Ian and Dominic Higgins

Ian and Dominic Higgins
are digital filmmakers and artists with a passion for telling good stories. They are the owners of Pixel Revolution Films.

Get behind our movie!

Check out our new movie project...

Our art and photography gallery